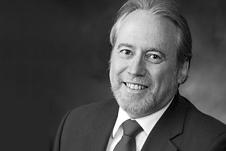 Dr. Guindon is interested in the synthesis of molecules that hold potential as therapeutic agents. He and his team are developing new methodologies for synthesizing and perfecting reactions that involve free radicals as reaction intermediaries. These new tools are then applied to the preparation of complex molecules of biological interest. New families of nucleoside analogues have been conceptualized and approaches to synthesizing them are in progress. The molecules are evaluated for their antiviral and anti-tumoural effects. Natural polypropionate-type products are also targeted for their antibacterial effects.